To Put It Bluntly 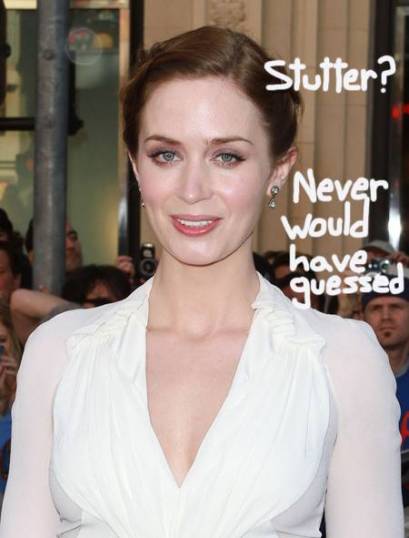 Emily Blunt wasn’t always as confident as she is now. The beautiful actress who recently starred next to Tom Cruise in the blockbuster “Edge of Tomorrow” had some problems expressing herself as a child. When she tried to talk the end result was almost always stuttering. It got so bad that the 31-year-old actress lost all her confidence and became extremely frustrated with herself.

The stuttering only went away when Ms. Blunt started to immerse herself in acting and one of her school teachers came up with the idea of talking in a different accent. When she distanced herself from the real version of her the stuttering finally went away, which allowed her to leave it behind for good.